May 16 - May 17
Pikes Peak Center for the Performing Arts, CO 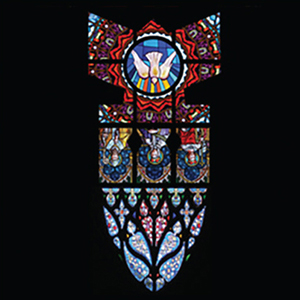 As long as we’ve had a tale to tell, heroes have been part of the story. They emerge out of unlikely situations. They protect others despite the risk and expect nothing in return. We celebrate their selflessness, their service, their sacrifice. And in that celebration, we become part of the story.

Heroes challenge us to realize our own potential for greatness. They provide a source of creativity, inspiration, and vision. While we bask in their glory, we better understand ourselves as individuals, as a community, as a nation, and as global citizens. Reassessment is an inevitable part of that process. Sometimes heroes grow stronger. At other times they disappoint, become diminished or disappear. But in their place new ones arise, new narratives emerge.

Over the course of this special eight-week festival, the Colorado Springs Philharmonic, along with twenty other cultural and community organizations, explores how heroes become heroes. Because we all have our heroes and our own stories to tell.

Becoming Heroes ends with its capstone, a once-in-a-generation performance of Benjamin Britten’s masterpiece, written in 1962 to re-consecrate Coventry Cathedral, which was destroyed in the Battle of Brittain of 1940.

A staunch pacifist, Benjamin Britten formed his War Requiem as a clarion call, decrying ‘war and the pity of war.’ Texts by the First World War soldier-poet Wilfred Owen give an arresting variation on the Latin Requiem Mass.

Raiders of the Lost Ark

The swashbuckling Philharmonic goes to the movies with Stephen Spielberg’s classic starring Harrison Ford as Indiana Jones, singlehandedly taking on the Nazi scourge. The entire film is shown above the stage, with John Williams’ thrilling musical score.