An Homage to Friendship

An Homage to Frienship

The Creative Collaboration of Jan Vogler and Josep Caballé-Domenech.

“Vogler has the ability to make his cello speak like a singing voice.”
The Frankfurter Allgemeine Zeitung 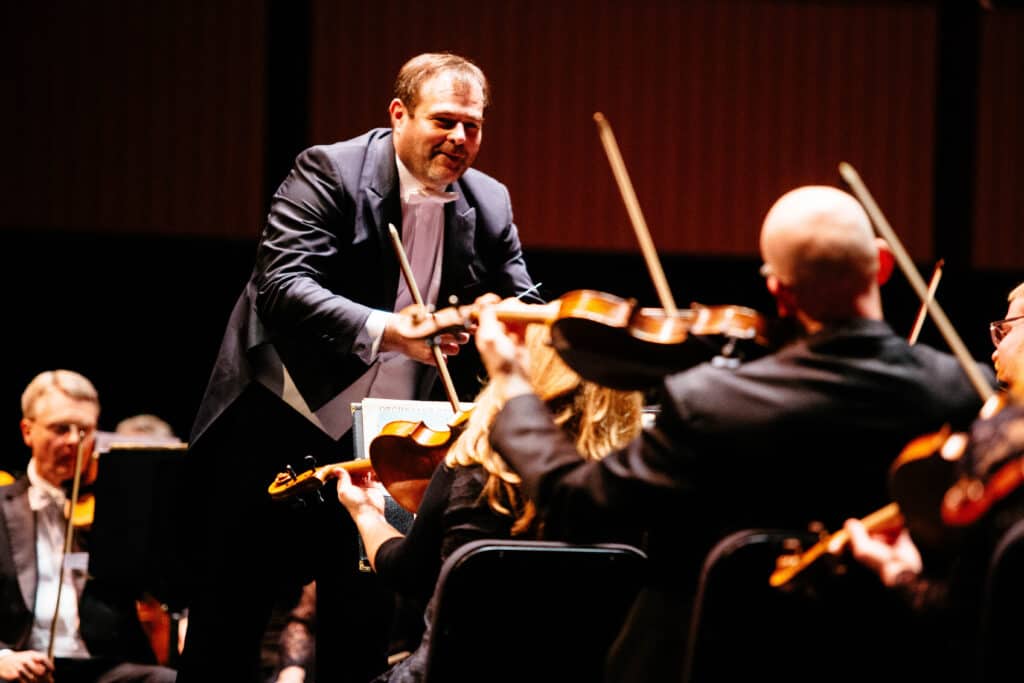 Many of us grew up believing in the myth of the solitary genius. But as it is with stories of beloved heroes, the truth is often embellished or tinted with shades of the fantastic.

Michelangelo may have toiled alone with his genius on a scaffold in the Sistine Chapel for five years. But he was known to have spent his entire life measuring his work against the towering accomplishments of Ghiberti, Donatello, and DaVinci.

Tolstoy was another master who came to us with a virtuoso’s reputation. Yet while he scribbled out the pages of War and Peace through chill winter nights with a flickering candle at his elbow, history assures us the old man’s pen was guided by the inspiration of Blaise Pascal.

Even our most iconic musical figures have depended on special relationships in order to flourish, artistically and intellectually. (Beethoven’s competitive fires, for instance, were said to have burned all the more fiercely at the mention of Joseph Haydn’s name.)

Most musicians live and work in the company of other talented performers whose rare gifts and pointed insights have helped enrich and challenge the understanding of their art.

Our guest soloist, Jan Vogler, is a case in point. Star cellist, Director of the renowned Dresden Music Festival, Mr. Vogler’s distinguished career has placed him on stage with acclaimed orchestras throughout the world, including the New York Philharmonic, Leipzig Gewandhaus Orchestra, Deutsches Symphonie-Orchester Berlin and the London Philharmonic among others.

It’s Mr. Vogler’s reputation for creative collaboration, however, and not just his work with a bow, that has made him a favorite of world-class conductors.

In the course of his illustrious career, Mr. Vogler has shared his enormous gifts with Andris Nelsons, Fabio Luisi, Sir AntonioPappano, Valery Gergiev, Thomas Hengelbrock, Manfred Honeck, and Kent Nagano. His work and workmanship have also endeared him to our own Josep Caballé-Domenech, esteemed Music Director of the Colorado Springs Philharmonic.

Jan and Josep have enjoyed the spotlight together at Moritzburg, performed together at the Bogotá International Music Festival, and in their private lives entertained an artistic camaraderie that has inspired, challenged, and elevated their appreciation of great music.

It’s an impossible errand to explain in words what’s better understood through music. So allow me to pause here, instead, and recommend that, come January 28 and 29th, you find yourself a comfortable seat and let the magical sound of an acclaimed classic win you over on its own merits.

Don Quixote—a tone-poem written by Richard Strauss—is our featured performance of the new year. Its composition is that of a romantic narrative in which the solo cello (Vogler) plays the role of the hero, Don Quixote, while various other instruments including another sensational guest, violist Matthew Lipman, make their thoughts known through the tragi-comic voice of the knight- errant’s faithful squire, Sancho Panza.

Subtitled Phantastische Variationen über ein Thema ritterlichen Charakters (Fantastic Variations on a Theme of Knightly Character), Don Quixote is at once dramatic, fantastic, and breathtakingly passionate. It poses the eternal question, “What is real, and what is not?” and come its conclusion, appears to arrive at the mercurial answer, “What is real is magical, and what seems magical is real.”


Take note of the subtle interplay between cellist, orchestra, and conductor as you listen to this lovely score. Not only will you hear the richly-hued voice of Mr. Vogler’s Stradivari ‘Ex Castelbarco/Fau’ 1707, the soaring phrases of the orchestra, but the exquisite influence of Josep Caballé-Domenech’s masterful baton.

No man, as the great John Donne once wrote, is an island. Each owes a debt to the other, and each must take his or her turn holding the lantern while the other explores the unknown. Such is the way of things. Together we illuminate the magical possibilities of life.